[dropcap]H[/dropcap]appy Labor Day everyone. I hope you were able to spend the day resting and visiting with family. You’re probably full-stomached by now, finishing up the last of the peach cobbler and eyeing the fire and the s’more supplies. Normally we’d be right there with you. I would’ve downed at least 3 charred hot dogs by now. But this year we were nowhere near a grill, much less an all beef hot dog.

We spent our day off together exploring. It’s what we do best 🙂

We ventured to West Virginia #WildAndWonderful Have you seen that ad on cable tv? The only thing I knew West Virginia had was Cabella’s and hills. Err… Mountains…

We knew we’d have the whole day to spend doing whatever. So I pulled up my trusty Google Maps, which is starred with hundreds of places we want to visit someday. I randomly tapped a few stars and found one I’d forgotten about. You can actually see other places I’ve starred in the map below. But I’ve highlighted something for you…

The Palace of Gold. How awesome does that sound???

After a little more research via TripAdvisor, we decided that would be how we would spend our Labor Day.

We left early this morning, around 10. I wanted to leave much earlier. But life happens. That and I’m human and enjoy being lazy. So..

Only an hour’s drive from Pittsburgh, The Palace of Gold is perched on a mountain near Wheeling West Virginia. It was founded in the 1960s by followers of the Hare Krishna. A branch of Hinduism. If I understand correctly. We weren’t there to worship. We went as tourists. Which is encouraged!

It’s free to walk the grounds. But there is also a 20 minute guided tour through the inside of the palace for $8 per person. We did the tour, but to me $8 a person wasn’t really worth just a 20 minute walk inside. It was beautiful inside with gold leaf, stained glass windows, chandeliers, tapestries and marble floor. I just wished it were a bit longer for the price.

There is a tour every 30 minutes. Make sure to pay before tour time and remove your shoes or put on some paper booties. There are no photos allowed inside the temple. So I only have this one below. We toured with a 5 other families, all in beautiful saris. We were the only anglo americans in the group. Except for our tour guide. But fortunately we didn’t feel out of place. Even walking barefoot in a Hindu temple. It’s kind of funny to me now. Bryan and Jenn, barefoot in a Hindu temple. Incense smoking in the air.

But I’ve got to admit, it was very calm and serene.

In addition to The Place of Gold itself, there are also other things on the grounds worth a look.

We spent awhile on the bank of the lotus pond. Never in my life have I seen so many lotus plants! The grounds are decorated ornately with fountains, flowers, statues and opulence. They are working on restoration projects, so construction is evident and some areas are in disrepair. But I honestly thought it added character. It made it feel like we were walking in an ancient palace in India. Instead of a 50 year old one in the rural United States. 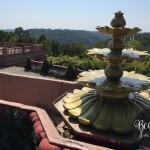 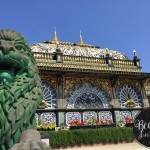 Budget Travel I’m drawn to the offbeat, the free and the serene. 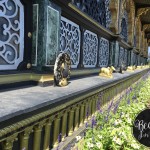 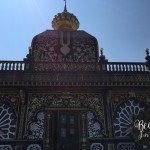 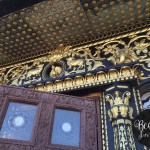 The rose garden is near the palace. Apparently they’ve won several years worth of award for it, but right now thing are looking a little sparse. There was a sign posted apologizing and citing the fact they are transitioning to completely organic gardening. 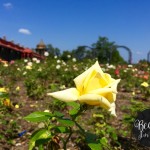 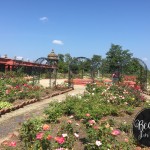 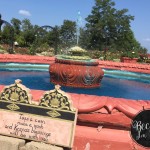 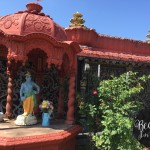 There is also a Goshala. Which is a barn for the cows. I learned that Hindu’s hold high respect for cows because cows care for man like their own calves. Offering up their milk. So they are like mothers to man. So Hindus choose to honor their cattle. Instead of sending them to slaughter when milk production ceases, they allow them to live out the rest of their lives in the Goshala. We didn’t stop at the barn. To be frank, the back of my shirt was soaked due to the heat. So we just kept on trekking down to the lower area.

The lower area has several cabins, a lodge, restaurant (which we never found), another small temple, a peacock house, koi pond, swan lake and a variety of statues. 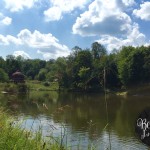 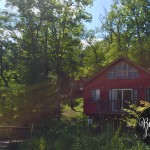 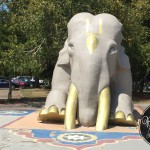 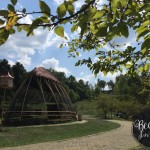 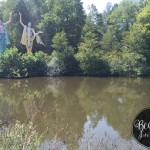 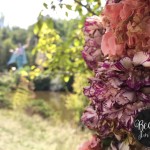 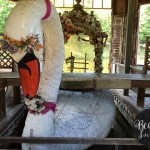 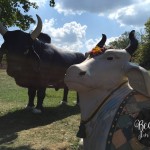 Cheap little old me went to the gift shop looking for a postcard or magnet to add to the fridge. I did find a magnet for $3, but found a little something else. If you know me, you know I like collecting postcards from our travels, I never buy trinkets. This little guy caught my attention though. And for $7, he was worth it 🙂 We both really enjoyed our time at the Palace of Gold. And recommend it for just about anyone. Just going to admire the architecture and gardens was worth it for us. You can easily spend a few hours just roaming the grounds.

A few pointers for you:

Have you ever gone to place of worship different from your own religion? 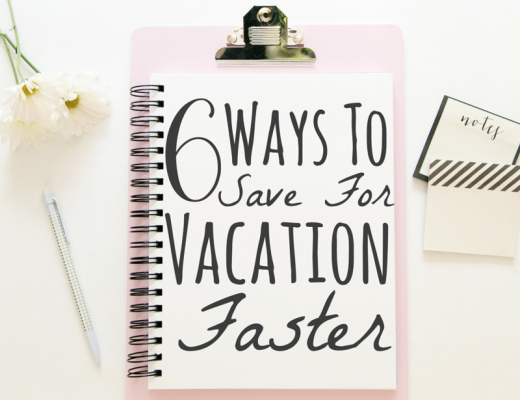 6 Tips to Help You Save For That Vacation Faster 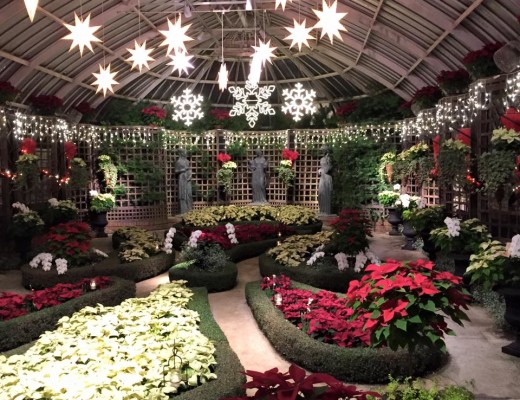 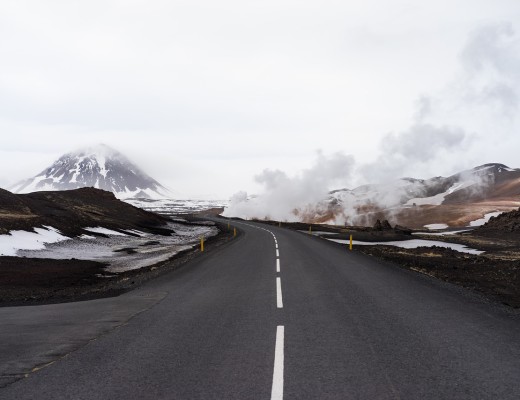